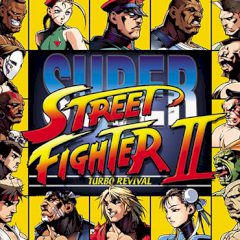 Street Fighter has become the best fighting game, that gave a start for many other popular fighting games. Play it and see what people liked in it and why it was the best!

Become the best fighter in the world, competing with other fighters in a ladder. Choose your character and start the journey. You must eliminate all opponents in a battle if you want to become a champion. This requires lots of skills and dedication, so you need to be attentive and quick!