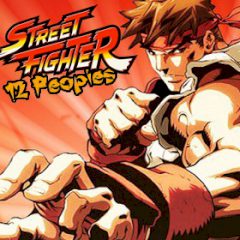 Experience the Street Fighter universe in a completely unique game. Only twelve people are available to you, but the would be more than just enough. Become the best fighter or play with your friend.

Some people believe that a true character could only be revealed through the battle. Many people can nothing, but talk and the world they use are never reflected in their action. In Street Fighter you will face people, that use body language and their fists say more than you could imagine. Play the game and experience the story of twelve best fighters.