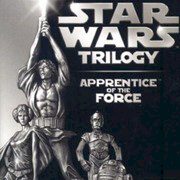 The new apprentice of the force still doesn't know anything about his life goal, but the accident with two drones who came to his planet has changed everything. They have a message for the Rebels which should be delivered quickly.

It's the weird thing, to feel the power of the force within. Luke still doesn't know that he is special, but the accident with two familiar drones has changed everything. Their mission was to deliver the important data to the Rebels, but their ship has crashed and they appear on the desert planet. Where would it all lead you?

Play Star vs the Forces of Evil: Creature Capture

Star vs the Forces of Evil: Creature Capture

Match creature colors and kill them....