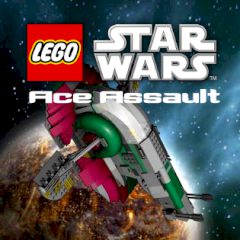 Who is the best pilot in the galaxy? Han Solo? Or maybe Embo with Aayla Secura? Control the most famous aircrafts – starting with Slave I, Boba Fett and finishing with imperial dugout Palpatine – in the battles with the most furious heroes of different times: Grievous, Aurra Sing, Mace Windu and Anakin Skywalker...

Dueles for the best Pilot in the galaxy of Star Wars continue...Now dueles will take place as if in times of a young Anakin and ...