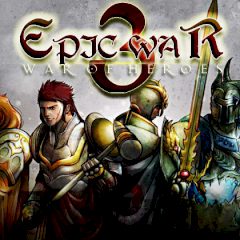 In the ancient world, full of mysteries and powerful rulers there is a place for a hero, that will set the balance of powers. Choose a hero and collect cards, that will help you during your adventure. Take control of neighboring lands and win your enemies.

Enter the epic world, full of battles and hostile rulers. There are a lot of kingdoms on this land and every ruler wants to have the ultimate power. In the end one of them will become the king of these lands, but for now it's not clear who would that be. Create a character and assault other lands, defeating all enemies on your way with the help of cards.

In this game you are going to kill all the enemies here. Watch out! They are already here! Just throw all your problems away and...

Lead your warriors through the lands of terror and defeat the enemy....