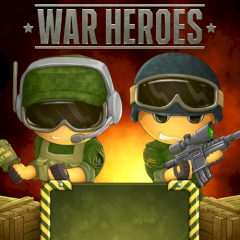 Here you are the only one, who can protect your territory and kill everyone, who is trying to attack you! Just place your warriors and weapons and you will cope with it. Is everything clear? So, do not waste your time and good luck to you!

Oh no! There are so many enemies and you must kill them all! Just recruit your army, explore the land and defeat the enemy warlords. In this game you control a hero who can recruit armies, move around the map, capture resources, and engage in combat. The hero possesses a set of statistics that confer bonuses to an army or produce strategic benefits. Also, hero gains experience levels from battle, such that veteran heroes are significantly more powerful than inexperienced ones. That is why, if there are no other important things to do, then choose it and have a lot of fun!