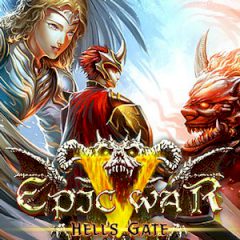 Explore the world of incredible creatures, where everything is possible. Assemble the army and fight your enemies. Keep your warriors in good health and hire new units during the journey.

When the world is in danger, only a brave knight can save us all against the hordes of terrifying creatures. Pick one character among three ultimate heroes and see if it matches your play style. Assemble the army and accept new warriors. Expand and conquer neighboring lands. Expel evils from these lands and show who is the boss here!

Choose a hero and enter the world of continuous battles....