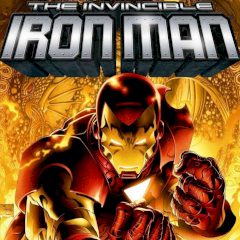 The armor of the Iron Man has been stolen. Fortunately, he still has a hidden one, but if the others will be used it could become real bad. Chase those thugs and try to bring back the stolen armor before it's too late.

Every time there is a great threat to America, the Iron Man comes to save people from danger. However, he can't save himself from thieves that have robbed the Start Tower and took his armor from the storage. Can you bring the armor back before it will be used to harm innocent people? Hurry up and you can get on their tail!

Here your task is to help Tony Stark to check his Iron Man suit. Complete all tests successfully, because the Iron Man can't tak...

Play How Well Do You Know Iron Man?

How Well Do You Know Iron Man?

Iron Man has a new mission. He must defend the city against the enemies. The invaders are very powerful, thus you must do your b...