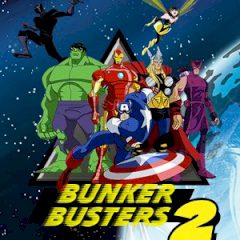 Your enemies are hiding in the bunker, heave and strong. You can't reach it without a special weapon. Launch yourself with the catapult and destroy the structure with Thors hammer or the shield of Captain America.

Stop the assault of the enemy army calling out the Avengers! Make sure they will find out every soldier, even those who are hiding from their justice. Deal with them all, otherwise the second attack definitely will be there. Bring the catapult with yourself that will launch the Avengers member straight to the bunker and destroy everything inside!

Play The Avengers City Under Attack

The city is under attack of enemy squads and only avengers can stop them....