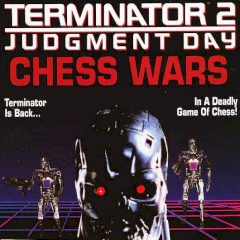 Do you like chess? Well, this is the most popular game of the old world. But what if the figures will be replaced with the heroes of the Terminator? Try it and have fun!

Are you ready to play some chess? Well, this game has a slightly changed design, but the game itself remains the same. Defeat the robot army and kill their king to win the war. Yet, the enemy is known for its high intelligence, so it will be hard to become a winner out if this!

Last time the machines failed to eliminate Sarah Connor. They are going to fix that....