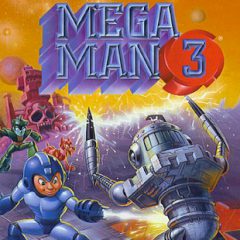 What do you think the Mega Man will do after his victory against Dr. Wily? He will face him again because he is back with new robots. In addition, the robots you had destroyed in the previous part are fixed and ready for the revenge!

How long will this fight continue? This endless battle of the Mega Man and Dr. Wily seem won't ever end, but each time the face the evil doctor run away. His robots are strong, but they can't deal with the Mega Man in the equal fight. The only way to resist him is to squeeze him his the quantity. This will be a big surprise, when the Mega Man sees his old enemy robots!

Battle your path through the robot levels....

Mega Man is back again with a new dangerous challenge....

The Mega Man has returned with new adventures and game modes!...

The returning of Mega Man brings us lots of new challenges....

Explore the adventure of Mega Man and Bass in the game....

Take control of the Reploid known as Zero....