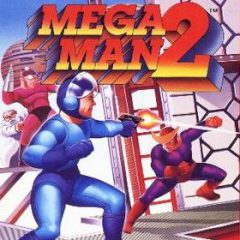 After his first defeat Dr. Wily has created eight other robots to compete with the Mega Man, however, there won't be enough of them to destroy the ultimate hero! Show them that it was a big mistake to challenge you again!

Your first meeting with Dr. Wily turned out to be a huge victory, but this won't be the end of the story. He is not going to throw his new forces right to the weak place of the Mega Man. The eight robots will ensure the successful completion of Dr. Wily's plans for this planet. As the Mega Man you should prevent the catastrophe and stop him before it's too late!

Battle your path through the robot levels....

Mega Man is back again with a new dangerous challenge....

The Mega Man has returned with new adventures and game modes!...

The returning of Mega Man brings us lots of new challenges....

Awaken Zero and ask him for help!...

Take control of the Reploid known as Zero....