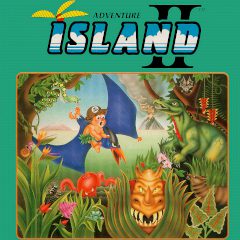 Who is this brave man? We remember him as Hudson, the man who deals with mysterious creatures easily. Your adventure resumes and now you face more dangerous creatures than ever before. Do you have enough courage for that?

Master Higgins is back with a new adventure! Everything looks the same as before, but some things have changed. Complete levels step by step, collecting various goods on your way and dodging your enemies. Avoid flying creatures and the ones that crawl around. Break the egg and release the power of it. How far you can get?

Resume your adventure and deal with a new powerful enemy....

Complete another adventure of Master Higgins and save his girl!...

Make your path through all difficulties of this dangerous island....