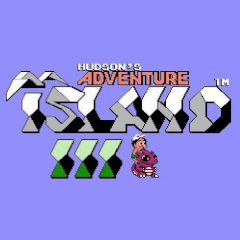 Master Higgins was peacefully chilling out with his girlfriend, when suddenly evil aliens came and captured his girl! That was the biggest mistake of their life. Master Higgins doesn't forgive such ridiculous attempts to ruin his life, so the adventure begins...

Have you met Master Higgins before? Silly question doesn't need to be answered. This guy has already done something special and not once, but twice. However, this time everything is different. He was chilling out in a company of beautiful girl, when suddenly she was sucked into the alien ship with the help of strange beam. Now you have to save here, or something bad will happen.

Descendants Isle of the Lost Rush

Run through the level and collect coins....

Help vikings to complete the quest....

Have you ever dream to sink into the world of robots? Choose the character and show them that you are the most powerful....

Resolve a mystery that took place long time ago....

The Kingdom of Rosefal is in danger! Only you can help Serena to protect the Prophecy from the evil wizard....

Mission in Space: the Lost Colony

Something happened on one of the space mines. The radars detect no signs of life. Your boss called you and said that you had to ...

Kill monsters and get gold....

Play Lost on the Lost Planet

Lost on the Lost Planet

You suit allows you to jump and nothing more. What will you do?...