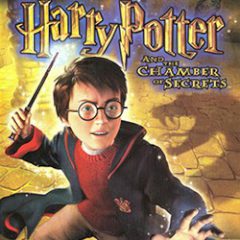 This is the second year of study in Hogwarts school for Harry. He has already passed through some challenges, but his test isn't over yet. Something strange happens in the school and Harry should figure out what exactly!

Harry hopes, that the second year of his study will bring him nothing, but new positive emotions. However, as we all know, he is the guy who always being tested. Face your new enemy and investigate the strange disappearance of various students and the inhabitants of the school. Be careful, you know nothing about your enemy!

Games Similar Harry Potter and the Chamber of Secrets

Wolverine is able to destroy anyone with his sharp claws, even robots....

How would Barbie look like, if she was a student of the Hogwarts school? Answer the quiz and see which faculty you belong to....