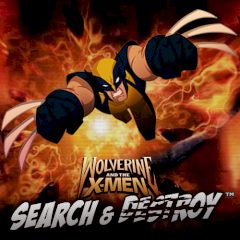 Magneto has an evil plan and he is going to spread terror again. Wolverine is the only one who can stop him, but there are many armored robots on his way. They will protect Magneto by the cost of their lives, but can reach him despite of that?

Wolverine will never stop hunting Magneto. He maintains peace and quiet of simple people, but Magneto always wants to prove the dominating position of the X-Men and his lessons bring nothing but destruction. Chase this villain and try to get him in his lair, guarder by various robots. Their deadly lasers can kill anyone, but not you. Use your claws and rage to smash them and get closer to Magneto.

Harry Potter and the Sorcerer's Stone

This is the first year for Harry Potter....

Play Dragon Queen Now and Then

Dragon Queen Now and Then

Do you remember how Dragon Queen looked like? Check out her new outfit and compare it with the old one!...