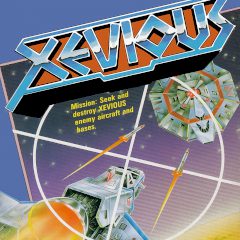 The invasion of aliens is real and you have to defend your own land against the hordes of alien units. Fly forward and use turrets to destroy both flying units and structures.

What is the best way to stop the invasion of aliens? You should show something, they wouldn't be ready for. Okay, now our hero finds himself right in the middle of a combat, where he tries to resist the endless waves of enemies on his lonely ship. Use both turrets to destroy enemy units.