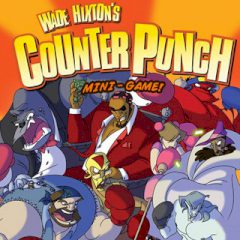 Show your opponent that you are better in boxing! Use the arrow keys to dodge his attack and recover your power after knock down!

This raging bull won't stop until you down. As simple as that! Just raise your gloves to protect your face and dodge his powerful attacks. You need to pick another strategy, that will be efficient against such incredible enemy.