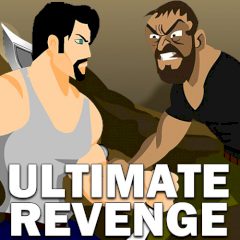 In this game you will learn how to fight and stay alive as long as possible. Just take your gun and fight! Use the arrow keys to move and Z, X, C to fight and throw a bomb. So, everything depends on you right now. Just have faith in yourself.

Are you a good warrior? Then this game is for you! Just imagine that Sam was one of the most powerful men in the business of crime of that years. Due to his merciless approach to running his organization some his own men want to leave his business. As it's not in favor of his business he kills all of them including Daniel's sister Tina, Daniel was out of country at that time. When he comes back he decided to take revenge of his sister's death and entered in Sam's place. If you are ready to take part in such a cool game, then just do it!

Play Ready for Preschool All Sorts of Fun

Ready for Preschool All Sorts of Fun