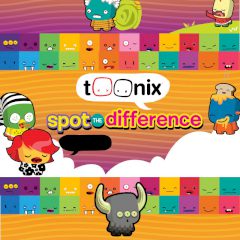 Are you attentive enough to find ten differences between two pictures? Well, it's easy when they are stable, but what if they were moving?

Only the most attentive guy can spot all differences between two pictures. Think it's easy? Well, the pictures are moving and you have not much time on finding unlike objects. Play the game and prove us wrong! Show how cool you are in finding differences!

Spot the differences and get points....