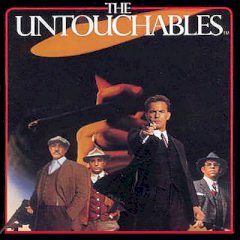 The past century was a dangerous place to live in, but people struggled to deal with all troubles ahead. Kill all gangsters, that are trying to ruin your calm life.

Are you ready to catch or kill some gangsters? Well, seems like you overestimate your powers. At that time no civil man was able to deal with gangsters and the Mob itself. However, there was one man that has stopped this madness. His name was Eliot Ness and this game about his courageous deeds. Shoot some gangsters while your weapon is armed!