The Secret of the Necromancer 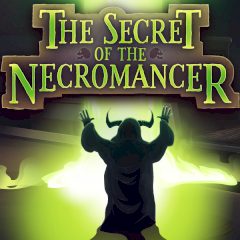 The Secret of the Necromancer

A company of old friends have decided to play a terrifying game on Halloween. If they knew how things turn out, they wouldn't play it. Try to rescue them all before it's too late!

A group of kids just wanted to play a game on Halloween, so they didn't expect anything wrong to happen. They were sitting in a cozy room, when suddenly the game sucked them in. They were transferred to the other realm, where the necromancer lives. Choose a character you want to start playing for and find other members of the team!

Games Similar The Secret of the Necromancer

Play The Secret Life Of Dolls

The Secret Life Of Dolls

Girls often have their own beauty secrets that guys don't know....

The Earth is in danger again! Evil aliens and insidious robots have built a secret laboratory and are going to create a heavy-du...

Play Return of the Secret Thing

Return of the Secret Thing

Love can make marvels of a human life. It is the source of the ultimate well being of a person....

Play The Secret of Steamport

Steamport is the last city where steampunk culture exists!...

Play Everybody Must Die