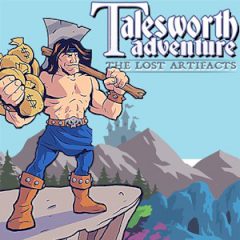 Have you met Questy before? He has already saved the kingdom, but due to his recklessness, he lost all his treasures and reputation. However, there is a chance to restore your reputation and show who is the boss here!

Get ready fro the most epic adventure of your life. Questy was lying on the street with no coins in his pocket. There was no sign of his past deeds in this homeless person. Due to his recklessness he lost everything he had, so his life was pointless. However, this is about to change, because an evil necromancer came to these lands...

Descendants Isle of the Lost Rush

Run through the level and collect coins....

Help vikings to complete the quest....

Resolve a mystery that took place long time ago....

Mission in Space: the Lost Colony

Something happened on one of the space mines. The radars detect no signs of life. Your boss called you and said that you had to ...

Kill monsters and get gold....

The Kingdom of Rosefal is in danger! Only you can help Serena to protect the Prophecy from the evil wizard....

Have you ever dream to sink into the world of robots? Choose the character and show them that you are the most powerful....

Play Lost on the Lost Planet

Lost on the Lost Planet

You suit allows you to jump and nothing more. What will you do?...