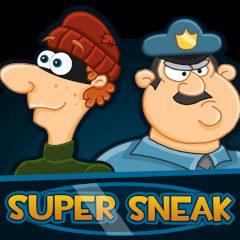 A guy named Rusty was in love with a beautiful young woman named Sophie. But one day, as he made her a marriage proposal, she only gave him a long list of expensive items she was dreaming of. Poor Rusty had nothing to do but to become a robber and go in search for money to buy everything...