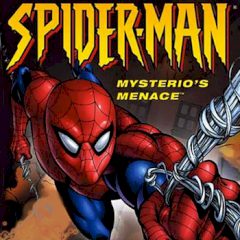 Be the real hero and try to save the whole city. There are so many strange enemies and other obstacles that you must overcome. You are the Spider-Man and your task is to save the world. Will cope with it? Then do not waste your time and play it!

This is really amazing game, where you can play as the brave Spiderman whose task is to stop the Master of Illusion, just using his powers to change New York City into his very own sinister amusement park. Well, lucky for the Big Apple, he's forgotten one thing that you are Spider-Man, and for one power-hungry super-villain, that means playtime's over. Is everything clear? So, just be the real superhero and you will save the whole city. Just be attentive and careful enough to rescue your city and just set the best record.