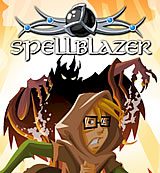 The game is a mixture of RPG storytelling and Bejeweled-type combat mechanics. The game tells a story of Kaven, young boy, who sets off on a long voyage to become a student of Sanxion Magic Academy far in the corners of inland mountain chain. There are many dangers on his way: animals, monsters - both fantastic and undead, and many rogues and rednecks who might feel urge for contents of his purse. But upon reaching Sanxion, Kaven finds that what he thought was the end, is just only the beginning...