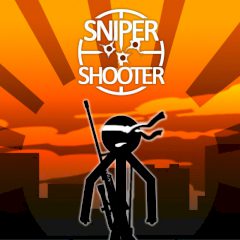 Have you ever wanted to become a sniper? This craft forgives no mistakes and if you fail, there wouldn't be another chance to make a good shot again. Play the game and see for yourself.

Every man had dreamed about becoming a sniper at least once in a life, but some of them actually become snipers later. However, not everyone can complete this challenge and make it till the end. It requires lots of trainings and preparations in order to kill targets with only a single bullet.