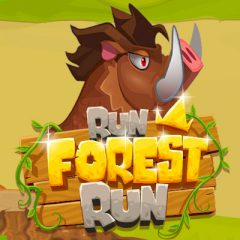 Create a forest character, customize its look and attributes. Enter the forest championship and train before starting the race. Spend points on improving your attributes and win the championship.

Play the game and win the forest tournament. Create a character and customize its look the way you want. Select other attributes and save your choice. Enter the championship and win all races there to claim yourself a champion! Tran between races and spend the points you earn on purchasing bonuses, that help you in winning the next race!

The Red Riding Hood found out that her granny was sick. Without hesitating for a moment she took a basket full of patties and ra...