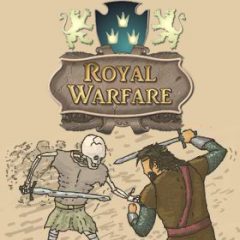 Ages ago, there was a great war between the people and the zombies. But now everyone has already forgotten about it. To no purpose... When first groups of zombies appeared again in the towns, the people didn't worry at all. Moreover, the walking dead were a cheap labor force. But one day everything has changed. The undead raised a great rebellion and turned into merciless killers in only a moment...

Everyone has forgotten about a horrible war between the humans and the zombies which took place in this kingdom many years ago. Now everything is the same. The zombies attacked the land again with triple force, and almost all people are already dead. But the King and some of his soldiers are still alive, and they must save the world in this free flash strategy game. Are you ready to help them in this online game developed by Max Games?

Command your own squad and defeat the cursed troops of the enemy....