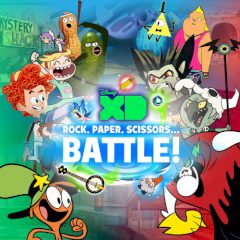 It's not a classical rock, paper, scissors game, but you will love it. Read the rule and play.

Have you ever played rock, paper, scissors game? Here you will match other objects, but the principle is the same. Get one that beats your opponent!