Rise of the Avatar 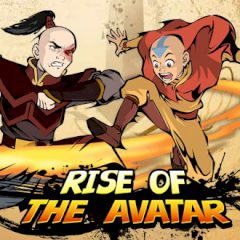 Rise of the Avatar

This game is based on a famous cartoon series. The Avatar joins a battle against the world evil again – this time it will be much more difficult and dangerous! But we mustn't let the evil forces win! Thus start your adventure and defeat everyone who stands on your way.

The Avatar is the keeper of the four elements: the fire, the water, the air and the ground. And these elements are helping him to fight against the evil in the whole world. But now the enemy is standing direct at the gates! Evil samurais are going to capture your land, thus in this free action game you must defend it at any costs! Take your weapon and fight till all enemies will be defeated in this adventure game! Remember that the destiny of your land depends only on you!

Games Similar Rise of the Avatar