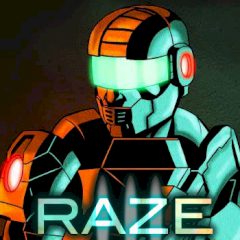 A terrible space war lasts already 17 years. The planet Earth is already uninhabited. Well, almost uninhabited. Deep under the ground there is a secret laboratory. Hundreds of best scientists have been working there to create a project of a cybernetic super soldier who will manage to get rid of the alien invaders...

This is probably the bloodiest war in the history of the Universe. The Earth is under constant oppression of alien invaders. The best scientists were working to create a project of a universal soldier within the last 17 years. And they finally created it. You are controlling this marvel of modern technology, and your only mission is to destroy all aliens you will face on your way through the enemy cosmic base. Are you ready to prove that you are a true warrior in this game? So, just do not waste your time and start the game right now. Have fun.