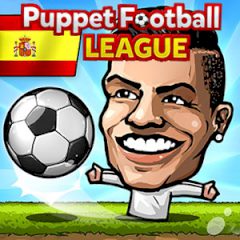 Choose a team from La Liga and get your team to the top of the ladder. Score more than your opponent using various bonuses and traps and defend your football goal. Purchase top players and win the championship!

Football is the favourite game for the majority of people, but it requires some physical trainings to play, so some people just watch it on TV. Do you want to play it, but have enough satisfaction with it? Play Puppet Football and purchase your favourite players in the game. Collect bonuses to become more efficient on the football field.

Choose your team and win a football match....