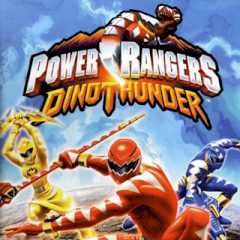 Power Rangers is a super squad that consists of skilled fighters that fight evils. Their leader is the red ranger who is the most powerful and wise among them. Complete various missions and defeat your enemy in the end.

Power Rangers is the powerful squad of heroes that stand on the guard of peace of civil people. They are fighting for justice and peace and their goal is to maintain that. However, there are enemies that does not agree with their faith and to take control of the world they need to deal with the rangers first. Gather up and summon your zords to stop the enemy!

Destroy all enemies on your way....

The Power Rangers have a lot to do again. The evil cyborgs are going to capture the city, and only our brave team is able to bre...

Welcome to Rootcore. Your mission is to train with the Power Rangers by completing a series of five challenges -- one for each M...

The power of the universe is in your hands. Use the Power Rangers tower abilities to stop Master Xandred from destroying the cit...

The evil Dr. mercer has trapped Tommy! It's now up to harness the powers of the remaining Rangers and rescue him....

Just run and fight! Help the Rangers to kill all monsters. They are everywhere, so do not be indifferent and kill them all!...