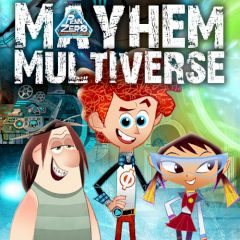 Use your skills and sink into the magic world that is full of enemies and obstacles. So, just help Penn to avoid it and stay alive! By the way, you have only three lives, so use them carefully and collect coins and bonuses. Have fun!

These guys are really brave and it is up to them to stop Rippen and Larry who travel from world to world causing mayhem and destruction. On this adventure we will be traveling through Super Hero World and many others. So, just tap and hold to make Penny fly into the air. Release to make Penn fall back to the ground. Avoid enemies and obstacles in each world. Penn has three lives. Hitting an enemy or obstacle will remove a life. If all three lives are lost then the run ends. Collecting the weapon power-up activates Penn's attack. Use weapons to defeat enemies.

Help Bugs Bunny with his leisure...

Mix and match shapes, colors and details from which you can create the characters of a familiar cartoon...