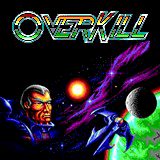 After a long space flight you have returned to your home planet, which was taken by the hostile alien race. Battle your way through the hordes of aliens and save your kind!

This game shows the most incredible scenario of our future, which is not that bright as we imagine. The return after a long flight opens a disappointing picture. Your planet had been destroyed by the alien race and there are not many survived. Kill their Battle Star and show your revenge!