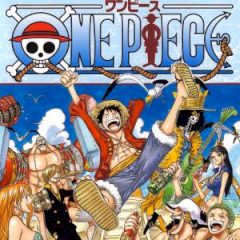 Experience the magnificent story of the boy called Luffy and his path to the pirate's treasure. He wants to become the King of the Pirates, but this path is dangerous and full of enemies. You are special and nothing can stop you!

Luffy is seeking for the pirate's treasure called One Piece. It will give him a right to be called the King of the Pirates. But the road to this treasure is full of dangerous traps and pirates. Use your rubber body to beat your enemies and avoid their attacks. Dodge pirates knives and bombs they throw from above. Don't lose your hit points and complete the level!

Pick up your favourite character of One Piece and fight other heroes in the combat....

Play for one of many characters in the game....

Here you will play as a warrior. Just fight and protect yourself as better as possible. If you are ready, then play it!...