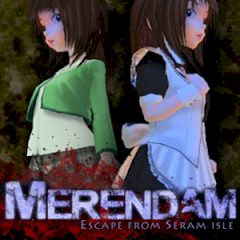 Are you brave enough? Then choose this game and try to find the right way to escape from this terrible and strange place. There are so many unexpected surprises, just have faith in yourself and try to survive. This poor girl really needs you.

Well... The game is, unfortunately, a little rough around the edges, largely because its interface could do with some optimizing, like making actions instant or allowing you to swap an item with one on the ground in this game. And the slow panning of actions does add a touch of dread and cinema, and scares can come when you least expect them, even in places that were previously "safe". Cause there's something very appealingly old school about its concept and game play that echoes classic console survival horror titles, and hopefully a second installment will tie up its loose ends and smooth out the rough edges, because this game has a ton of potential here.

Scooby Doo 2. Escape from the Coolsonian

Scooby is trapped in the Coolsonian Museum. Help him find his way through three exibit halls before he ends up on permanent disp...

Sarah is on an enemy base and must get some important evidence and documents. The base is full of traps, thus her way will not b...

Bypass robots and have fun....

The Yepi's planet is coming under attack from aliens and now they have kidnapped the love of your life so now you have to save h...

Cheat on moles and grab their diamonds to fix your digging machine!...

You have been sent to a strange mansion in the middle of a dense forest, so-called "Zone 26"....

Play Adventures of Veronica Wright: Escape from the Present

Adventures of Veronica Wright: Escape from the Present

Veronica received a strange letter from her great grandfather dated by the 21st of November 2034 where he warned her about myste...

Help the cute little creature that appeared as a result of an experiment to escape the lab! Use arrow keys to move and follow th...

This time you will help Rigby to face to the real ninja in order to save Mordecai. Are you ready for that? So, have fun and be r...

Help the poor fruits to escape from an evil doctor who provides terrible experiments! ...