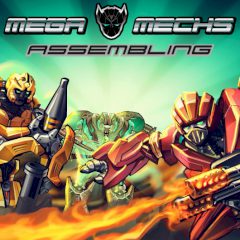 Stop the invasion of aliens and save your home planet! The only way you can resist them is to build the armored mech. Assemble your mech and kill all aliens you meet!

Stop the end of the world and resist the alien intruder! The only thing that could stop the army of aliens are the battle mechs! However, the assembling process takes time and should be done with the highest accuracy. Get your own mech and lead it on the battlefield. Kill as many alien waves as you can and check the final score!

Assemble the robot and stop the invasion of aliens....