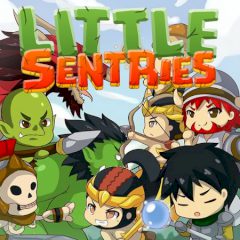 Defend the fortress from the assault of hostile monsters. Three heroes with different weapons will defend the place, but you have a control of the guy in the middle. Upgrade your troop in the end of the combat and summon additional units.

Your tiny squad consists of only three members, but that seem more that just enough to defend the castle. Start the game with killing weak enemies and upgrade squad members to deal with more powerful enemies later. Summon other units to resist the big waves and receive no damage from their attacks. Can you do that? We'll see how tough you are!