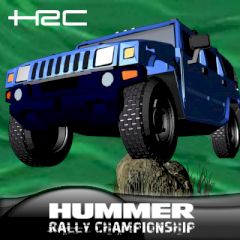 Real adrenalin for real racers! Show the best results among the racers of New-York, Monaco, London, Moscow and Tokyo and you will be the winner of the world race championship. Try to win the grand-prix in all countries in order to be number 1 in the international championship. Feel the Hummer power and show the rest who is who! Be careful and good luck

Get points for stages....

Get points for explosion....