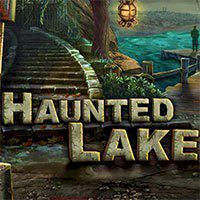 Haunted Lake is calm, but strange place. There were no mysterious cases at this land until now. Brian's friend Jack has disappeared and nobody knows where he is. He was last seen at his lake house, but it was two days ago. Help Brian find his friend by collecting important clues in the house.