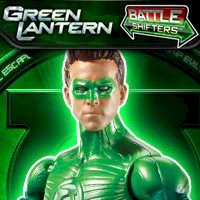 Gather your own squad of deadly lanterns and beat your enemies....

Help Green Lantern to escape from the labyrinth and save the Earth from the total destruction. ...

Explore the alien planets and defeat all enemies that will be on your way!...