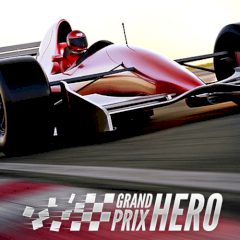 Have you ever wanted to become a professional driver? Drive one of the world's fastest cars and show what the absence of speed limits means. Become a Grand Prix champion as a result of four races.

Become a professional driver in the game and win the championship for a summary of four races. Start the races at the tail of the column and overtake other cars by using speed boosters. Collect coins on your way and spend money after you cross the finish line. Upgrade your vehicle to become more efficient in the next race.

Ferrari is one of the best cars in the world and Formula is the prove to that....

Prepare yourself for the biggest Formula 1 challenge in the U.S.! Start your engine, have some practice and beat the world's rec...