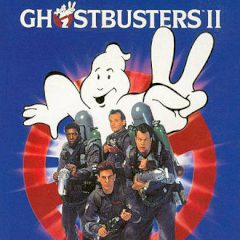 After defeating the ancient creature the Ghostbusters will face another force that is twice more powerful than the previous one. Don't let it plans to come true and stop it before it restore the past power.

Five years have passed since the events of the first part and everything seems fine for now. There are rare cases of the ghost appearance, but they are not important and there is not great threat to the city. Peaceful life won't last forever as there is Vigo, the ancient lord that want to bring back past powers and terrify simple people again. Ghostbusters won't let this villain to make his plans come true.

Experience the second part of the movie....

Get in the building, but look around. There are many ghosts in there!...