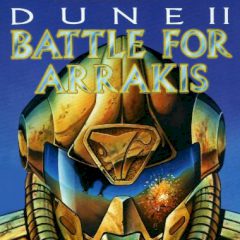 In the far future people become the interstellar nation and will be able to travel through space. The story of this game is pretty simple. You must explore the planet and deal with several houses.

Dune II is a flash game where you need to explore the dune planet of Arrakis, where Melange can be found. Deal with several houses, explore the planet and get experience. When your character becomes stronger, you will get an access for more complicated missions.

Eli Shane is determined to be the greatest slugslinging hero in Slugterra! Join Eli and his crew as they battle Dr. Blakk and hi...

The true bomber pilot isn't afraid of anything - even of heroic death! Your aim is to destroy all targets at any price, even on ...

A real-time strategy game. You will play as a commander of the Moon miners colony. The colony has been attacked, you must fight ...

Play the role of a dark general of army of evil creatures. Advance against human empire, manage your units and conquer the whole...

Gliese is in danger! There are mysterious creatures that disturb the authorities. Your task is to get rid off them! Use your sup...