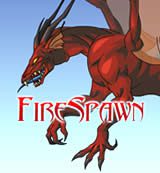 You are Galanoth, head of the Order of Dragonslayers. Born in a small village to a humble family, you were destined to be a farmer or blacksmith. But your fate was decided not by your family or yourself... When you were merely a small toddler, the winds changed bringing along with them death and destruction. Hot wind blew from the south, as a flight of fire dragons swooped out of the sky. As a last ditch effort to save you, your mother, a peace-loving enchantress, wrapped you in a sheet that she had made impervious to flames. With your entire village incinerated, you cried for nearly a day before a roving mercenary party found you, and took you as their own. Years later, your hatred for Dragonkind grew so great that you could think of nothing else aside from avenging your family. And so you found the famed blacksmith Yulgar and had him fashion an impenetrable suit of dragonslayer's armor. For protection and comfort, you wore the enchanted sheet given to you by your mother as a cape, as a reminder of all you have lost. You then forged the first Dragon Blade, given poisonous power against Dragonkind by the addition of the mineral dragonbane. Over time, you recruited an army of Dragonslayers. For the first time in centuries, Dragonkind had something to fear. Recently, you have heard some disturbing news. The Sage named Uldor told you of the existence of one other enchanted item that survived your village. An amulet which belonged to your mother. This amulet rests in the lair of a great Fire Dragon, somewhere in the Burning Flats around Smoke Mountain. You take your steed and ride south from the town of Battleon, wielding a sturdy new high-powered crossbow designed by Robina Hood and built by Yulgar... perfect for piercing dragon scales.The Burning Flats are known to have young Dragons roaming the sands, so beware of their attacks.