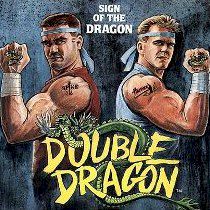 Two brothers were living a good life, teaching kid some useful stuff. But then one man called Willy kidnapped someone, who was close to them.

Marian, the Billy's girlfriend was kidnapped by Willy. He will regret soon about it, because Double Dragon is coming after him. Help two brothers Billy and Jimmie to take care of some trash people. They will show them what is right and what is wrong.

Kill your enemies by using a sword and the energy....