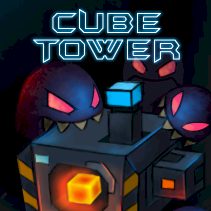 The united alien armies invaded the Earth. They do not want to negotiate. Their major task is complete enslavement. Using unknown technologies that nobody has ever saw before, they invade new countries with the speed of light. In your hands there are united military forces of the whole planet, as well as the latest military developments - the deadly turrets and bombs. You have to hold the line at all the directions – from the green meadows of Europe and snowy Siberia to the burned cities. Use all the resources to protect your world from aliens.