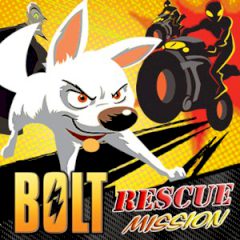 Bold wants to save Penny very much, but there is a henchman that has placed a drone and a few activators. Defuse them to disable the drone or he will launch the net to entrap you! Act now, you have no time!

Bolt is not just a simple dog, it's a superhero that can do unusual things. Some characters know about that and they want to take control of Bolt. They have captured Penny, a friend of Bolt and now he should release her. However, the evil henchman was looking after you and he knows how to catch a dog! Defuse his drone before it will activate and proceed further.